A Brief History and Inspiration 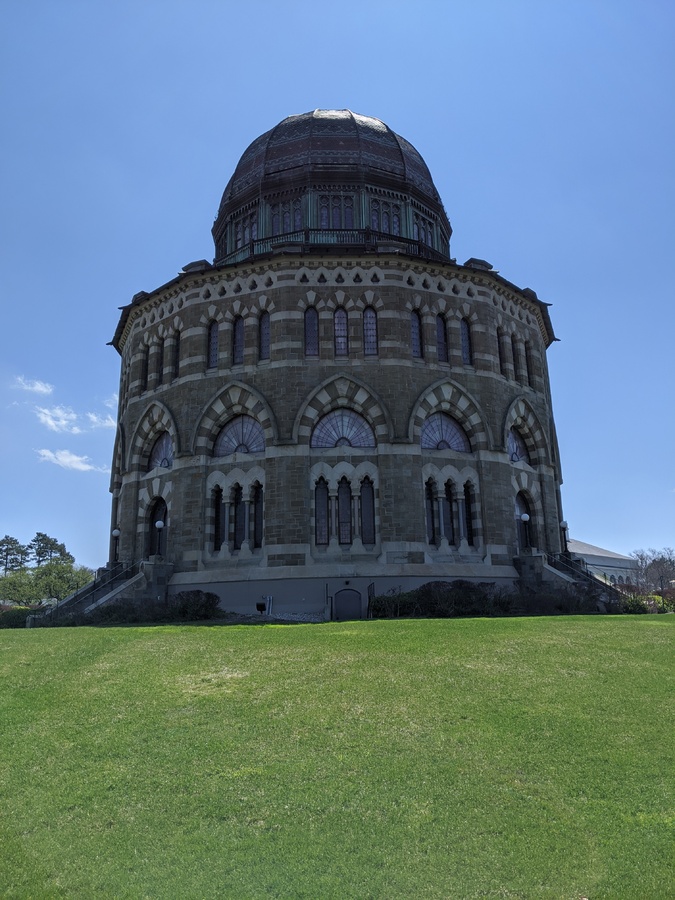 Nott during the pandemic

The Nott Memorial was originally designed by Edward Tuckerman Potter as the focal point of Josef Ramee's design for the first planned college campus in the United States. Construction of the Nott first began in 1858, and construction was completed by 1879. The Nott memorial is one of the few 16 sided buildings in the world. The Nott memorial has had many uses in its lifetime, including housing the college bookstore and as a theater. In 1993, renovations of the Nott began after the building fell into disrepair, the Nott re-opened in 1995 in conjunction with the 200th anniversary of the college.  On the top of the dome lies the quotation written in Hebrew by Rabbi Tarfon "The day is short, the work is great, the reward is much, the Master is urgent". Today the Nott houses the Mandeville Gallery on the second floor, as well as a meeting space for up to 400 people on the first. 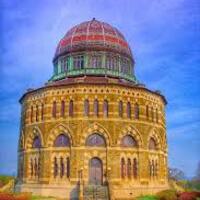 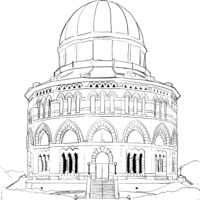 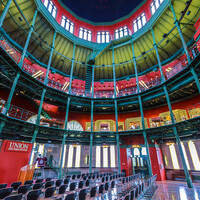 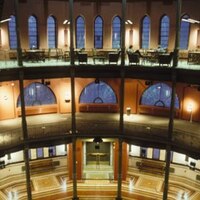 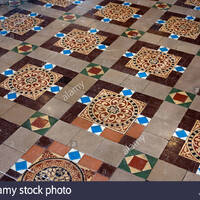 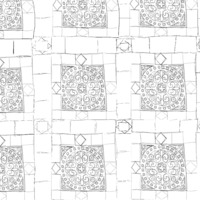