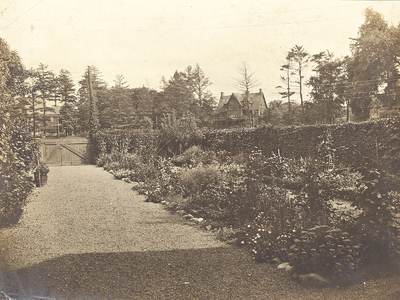 Mrs. Perkins is best remembered at Union College for the garden next to Old Chapel that still carries her name, although it is much reduced in size from the days when she cultivated it.   Begun as a vegetable garden in 1866, it was soon taken over by the flowers for which she lovingly cared until 1920, almost the entire time she was at Union. Always on the south side of the Chapel/Geological Hall, it once stretched further west behind Hale House and often attracted passers-by and campus visitors. “The Trumpet vine is stunning, far up the corner it holds forth great clusters of its burning trumpets, and is a sight which arrests everybody” (July 31, 1900). 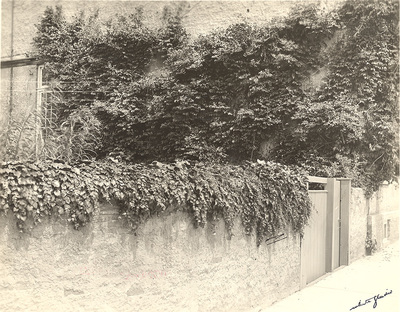 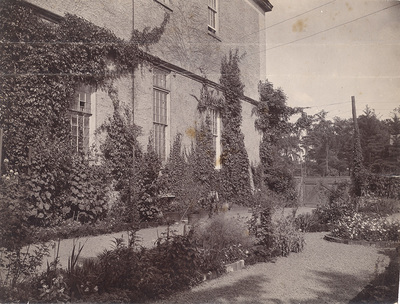 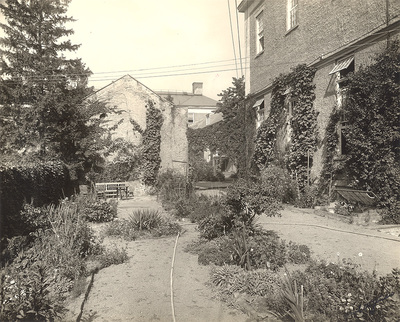 Mrs. Perkins often wrote about her struggles and progress in the garden.  Sadly, droughts frequently destroyed many of her plants, yet she still managed to grow tulips, lilies of the valley, irises, dahlias, and clematis, among dozens of others. (A full list of the plants she mentions in her letters is available.)  She also wrote of her cherry tree, pear tree, and creeper plants, as well as the installation of cut stone paths in 1895 and her enjoyment of the birds and butterflies that flew about her plantings. “Everything looks lovely in the garden; …my soul revels in the beauty of it all. I am fairly tipsy with joy” (July 29, 1904). The incursion of others on her garden was not always a source of happiness, however.  She was greatly displeased when an electric pole that was needed to provide lighting in the chapel was placed in an unsightly position just outside the garden in January of 1895. But by 1900, she had covered even that eyesore with a climbing shrub.

Every October, Mrs. Perkins would pack up her garden until the spring, but the plant room in her house provided flowers in the winter. In 1900, she wrote a poem about her garden called “Paradise … in … Winter…” in The Checkerberry, the family’s Christmas literary endeavor. In 1926, a few years after Mrs. Perkins’s death, one of her daughters erected a gateway and the commemorative plaque which now hangs outside the wall of the remaining garden.