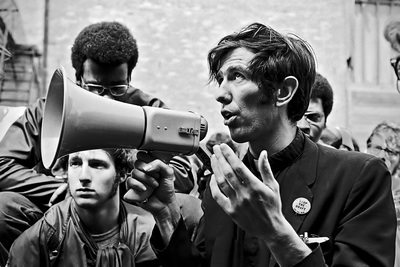 It’s been 50 years since President Nixon announced the U.S. invasion of Cambodia, igniting a protest of Union students through downtown Schenectady in the spring of 1970. The era of the Vietnam War brought with it an unprecedented wave of campus protests at universities across the country and Union experienced its own fair share of reactions to the war, counter culture, and going co-educational. This exhibit, using Union College as a case study, examines the importance of protests on college campuses during this time period. By shedding light on the various protests at Union during these years, current student visitors will be able to compare and contrast their experiences. What made this era unique? What are campus protests like today?

While not as intense as protests at Kent State University or UC Berkeley, those at Union College during this decade affected students personally, took various shapes and forms, and fueled a strong generation of student activists. While not every student at Union considered themselves an activist, a large percentage of the student body was active in some way for various campus protests during these years. In addition, anti-war protests were not the only campus protests to take place. Previous decades also brought with them the Civil Rights Movement and the Feminist Movement that affected Union students as well. 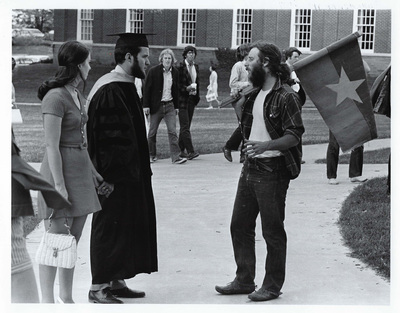 Dennis Peskin ’66, teaching in the English department at the time, carries a Vietcong flag into the Commencement ceremony. Credit: Special Collections, Photographer Unknown.

At Union College, several large protests took place during this decade. During the National Moratorium on the Vietnam War on October 15th, 1969, students participated in activities such as watching an anti-war film, marching to Veterans Park, and participating in a talk on South Vietnamese political prisoners. Organizers estimated that about ⅔ of the student body and a total of 3,000 people participated in the march. On Thursday, April 30th, 1970, the U.S. invasion of Cambodia was announced. That evening, students burned Nixon in effigy from the college flagpole. The next day, students gathered on the Library Plaza to hear speeches, including those from Black Alliance President Bill Adams and sophomore Vietnam veteran Simon Burrow. About 600 students then marched across Nott Terrace and down State Street, before ending up at the gate of General Electric. Students then sat down at the intersection of Erie Boulevard and State Street, but no participants were arrested. In 1971, students occupied 2 college buildings; on May 12th, 1971, around 15 members of the Black Student Alliance occupied the Computer Center for 3 days. A week later, a group of students occupied the Administration Building for a day. Additionally, a protest took place at Commencement in 1971. Dennis Peskin ‘66 carried in a Viet Cong flag to the event, causing Professor Ted Bick ‘58 in the Mathematics department to leap up from his seat and try to wrestle the flag away from Peskin.

This exhibit was featured in the Beuth Atrium, which is on the 1st floor of Schaffer Library, just behind the reference desk and before the glass doors into the Lally Reading Room.

You can read the exhibit panels by clicking on each image. 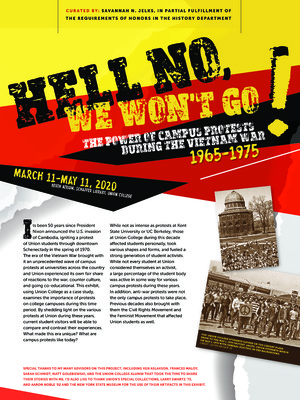 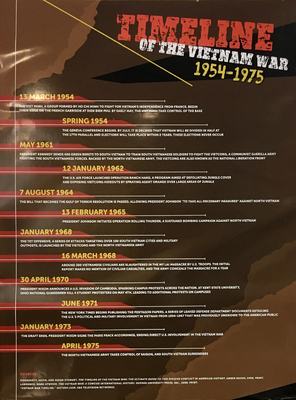 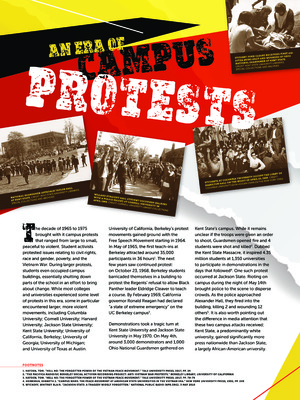 Selected images from the exhibit: 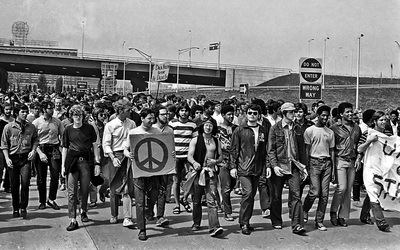 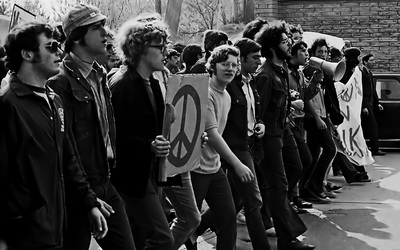 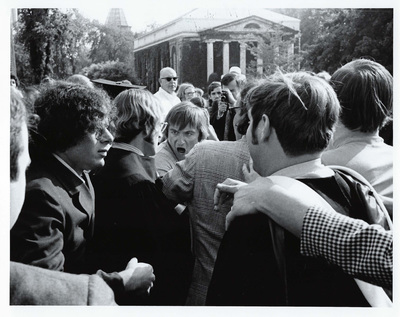 Unrest breaks out among crowds at graduation. Memorial Chapel is seen in the background. Credit: Special Collections, Photographer Unknown. 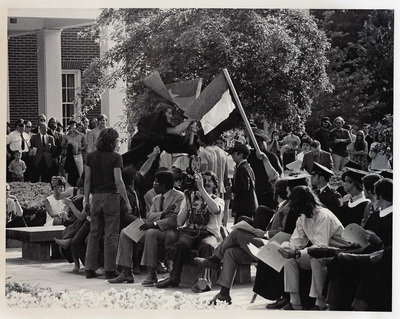 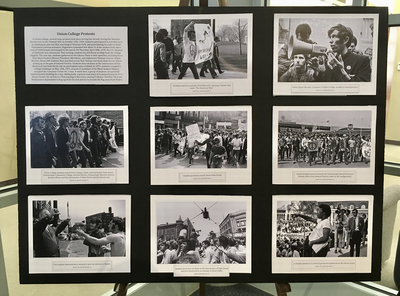 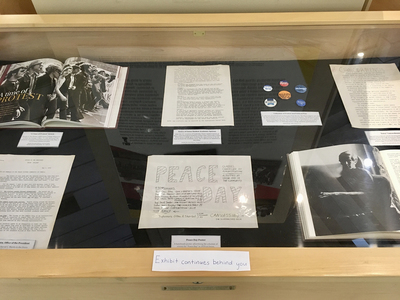 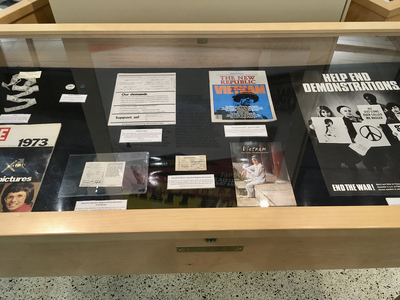 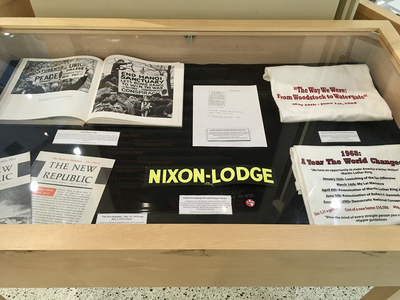 Special thanks to Ken Aslakson, Sarah Schmidt, Matt Golebiewksi, and Frances Maloy for all their guidance and support.